It’s called the “City of Lights”, but perhaps a better  name for Paris would be the “City of Style” (according to us, at least). Home to some of history’s most famous designers and still known as a locus of fashion and glamour worldwide, France’s capital is basically a sartorialist’s dream come true; and when we come to think of it, it seems as though it’s always been that way.

There’s undeniably an obsession with French style and fashion, but where did this fanaticism begin? We strive to emulate the effortless cool-girl vibe French girls exude, while simultaneously lusting after the most classical polished pieces by designers like Chanel and Dior. We use the word “chic” synonymously with fashionable, without even acknowledging that we’ve adopted a foreign word into our vernacular. Meaning something completely different than cute or stylish, the word implies that certain je ne sais quoi that French girls have inspired us to chase. But why: What exactly is it about France and it’s capital city that gives it this inexplicable allure?

Put simply, France is the centre of fashion—and it has been for a long time. In fact, France’s position as a worldwide voice of sartorial authority can be traced all the way back to King Louis XIV. The Culture Trip notes that in an effort to bolster the economy with luxury goods, “Louis brought a number of artistic industries, including the textile trade, under the control of the royal court, which became the worldwide arbiter of style.” With the best materials and craftsmen at their disposal, Louis’ courtiers quickly became the world’s fashion icons —a relatively unheard of concept before this point.

Near the end of the 19th century, fashion then shifted from the hands of courtiers to couturiers when an Englishman entered the scene. Charles Frederick Worth, as mentioned in What Paris, made clothes specifically to fit his clients and was the first to come up with “the idea of actually sketching the design before producing an expensive sample garment.” Lauded for his mastery and artful approach, “he was hailed as a genius”, making designers the arbiters of fashion as opposed to society’s elite. This shift changed fashion as we know it, and thus “only clothing created after 1858 are considered as fashion design”, Bonjour Paris points out. Before Worth, the tailors who created clothing were not given artistic freedom, so his new position was a noteworthy one.

Succeeding Worth, a number of widely-known French designers further cemented the city’s status as the world’s most fashionable. Still universally admired today, names like Coco Chanel, Christian Dior, and Yves Saint Laurent drew the world’s attention to French fashion for their innovation and creativity—and we haven’t looked away since. Recently, even foreign designers have been drawn to city with the world’s biggest names, centring themselves in the heart of the fashion scene. Examples include Karl Lagerfeld at Chanel and Marc Jacobs at Louis Vuitton, as noted by What Paris.

Furthermore, though other major cities are rising up to meet Paris, it still boasts one of the largest fashion weeks and maintains its reputation as the home of fashion as an art form. Haute couture epitomises fashion as art, and there are actually regulations put in place to ensure that it is created in Paris.

In fact, guidelines enforced by The Chambre de Commerce et d’Industrie de Paris require that “members must: design made-to-order clothing for private clients, with one or more fittings; have a Parisian atelier employing at least 15 members of full-time staff; employ at least 20 full-time technical staff in at least one atelier; and present to the public a collection of at least 50 original designs twice a year in January and July comprising both day and evening garments.", Paul McQueen reports for The Culture Trip.

If there was ever a question of whether fashion is about art or consumerism, haute couture is the best evidence against the latter. “In three centuries, haute couture in Paris has gone from showing the world’s nobility how to dress to showing anyone who’s watching how to perceive a brand’s position within a multi-billion dollar marketplace through the medium of a single dress.” Less about the money, and more about the essence of a brand, haute couture is now an actualisation of a brand’s identity—and considering our obsession with personal style, that’s something we find to be very inspiring. Put simply: Haute couture isn't made to be bought. It's made to be seen.

Today, the obsession still lingers. With style stars like Jeanne Damas of Rouje and Anne-Laure Mais of Adenorah taking the reins, French-girl fashion is just as coveted as ever. No matter how saturated the fashion world is becoming with social media and extremely rapid fast fashion cycles, Paris seems to be holding it’s grip—and against all odds, maintaining that ever-elusive identity that’s so admirable.

Perhaps one could argue that the notion is nothing more than an illusion, ingrained in us over centuries while the city’s influence grew based on hearsay; but that doesn’t seem like a fair explanation. No matter how many years go by, Paris has—and likely will—continue to enchant fashion fanatics near and far. From the ateliers cranking out garments like nothing we’ve seen before, to the effortless style of our favourite Parisian Instagrammers, the city has a certain sartorial magic we’re sure will never fade. It may be the je ne sais quoi giving us rose coloured lenses, but if we’re all wearing the same ones, why not accept it as reality and live la vie en rose? 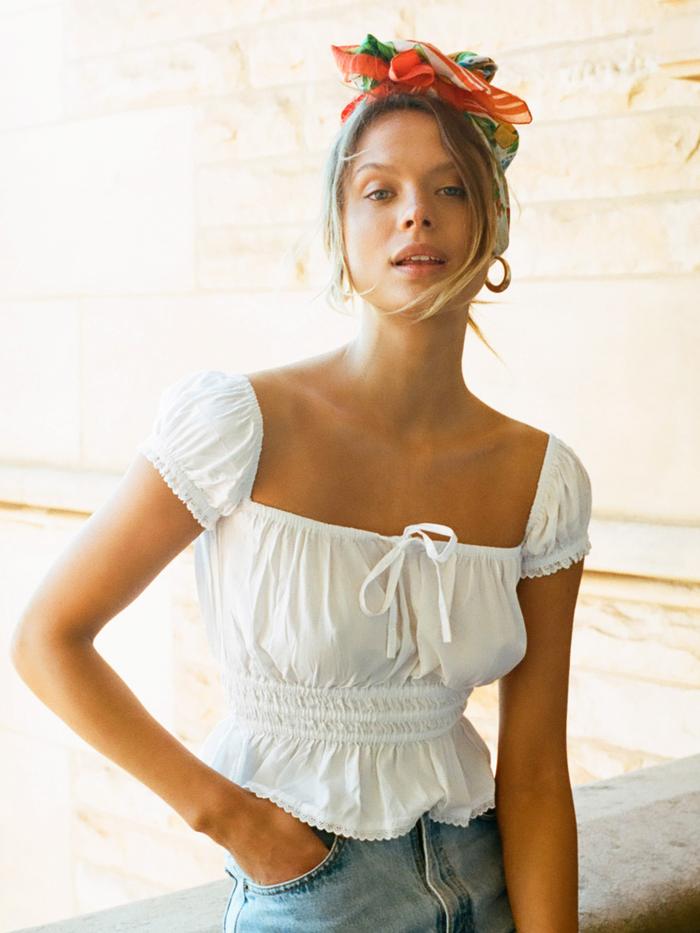 With Jéan is Launching a New Collection, And It Feels So French
Read Now
Related Stories