I don’t know how it happened or when it began, but suddenly I’ve been catching myself thinking about something a little unexpected lately: Tie dye. While I must admit I’ve made my fair share of colourful t-shirts at summer camps and slumber parties during my teenage years, I nevertheless thought that chapter of my life was officially over. Don’t get me wrong, I do love colour in my wardrobe, but something about the kitschy, DIY pattern just felt so… juvenile. Until now.

It began with an Instagram post of Camille Charriere wearing a tie dye dress by Attico that stopped me scrolling to add the pic to my “saved” page. While the maxi dress first caught my eye for it’s fun colours, what I didn’t initially realise was that it was actually tie dye—and despite my previous sentiments, I couldn’t help but love it anyway. A few days later, one of my friends mentioned an odd desire she had to make a tie dye t-shirt—and call it coincidence, but this is what alerted to me to the fact that there was definitely something brewing beneath the surface.

Once I saw it , I couldn’t unsee it (and you won't be able to either). So I’m calling it now: Tie dye is coming back, but maybe  not as we know it. As I browsed around online to confirm my suspicions, I noticed a number of noteworthy designers dipping their toes in the water (or shall we say, the dye) in a distinctly new way. In a distinct departure from it’s infamous bohemian reputation, the style seems to be resurfacing in two new ways.

For a more upscale take, tie dye is appearing in more structured silhouettes, form silk dresses (à la Attico) to button up blouses. The juxtaposition of more traditionally formal shapes, paired with the laid back vibe associated with tie dye makes for an unexpected coolness that comes across as effortlessly chic. With a “I just happened to throw this on” feel, structured tie dye pieces are your go-to for that model-off-duty blasé we all secretly strive for.

Perhaps less surprising, the second iteration of tie dye that seems to be making a comeback is a more streetwear-inspired version. Think 1990's Venice Beach, complete with surfers, skaters et al. Don’t know what to wear with your I.AM.GIA utility pants? Pair them with a tie dye ribbed tank, and you’ll look like the ultimate cool-girl. Much like the aforementioned structured tie dye, this style also seems like a departure from the less-appealing reputation of tie dye as being a little tacky. By opting for the print in the form of cool, trend-worthy styles, it’s more of a revitalised version of a style we all thought was dead. Though less suitable for work or a nice restaurant, it's equally easy to throw on for a casually stylish look for your weekend coffee run, for example.

A final fact confirming my suspicion: You know that Gucci t-shirt that has become a street wear staple over the past few seasons? It's  just been released in a tie dye version. That in itself is all I needed to seal the deal. There's no denying that Gucci seems to decide what’s cool, and the crowd goes wild every time.

Regardless of whether or not you particularly like tie dye, consider this your fair warning that it’s coming back in 2018. So even if you’re a fervent opponent, now may be the perfect time to at least consider adding a tie dyed item to your wardrobe.

Whether you opt for a less-aggressive accented blouse, or a full-on skater boy t-shirt (paired with vans, obviously), adding a little colour will keep you one step ahead. If you need further proof, keep scrolling to see some of the best tie dye on the market this season—and if you’re feeling converted (or a little nostalgic) now's your chance. How often do you get blatant encouragement to purchase tie dye? Go wild.

Perfect for wintertime strolls on the beach.

The dress that converted me (P.S. it's on sale).

When Zara gets on board, you know it's about to be big.

There's a lot going on here.

Amp up your outerwear.

This would look great with your favourite jeans and sneakers.

Never know what to pair with white jeans? Problem solved.

Another show-stopper by Attico.

You'll want to wear this every weekend.

If you prefer softer colours.

Bags are an easy way to test out a trend.

Even Champion is jumping on board.

Convinced? I'm not sure about you, but I'll definitely be test-driving the tie dye trend this winter. 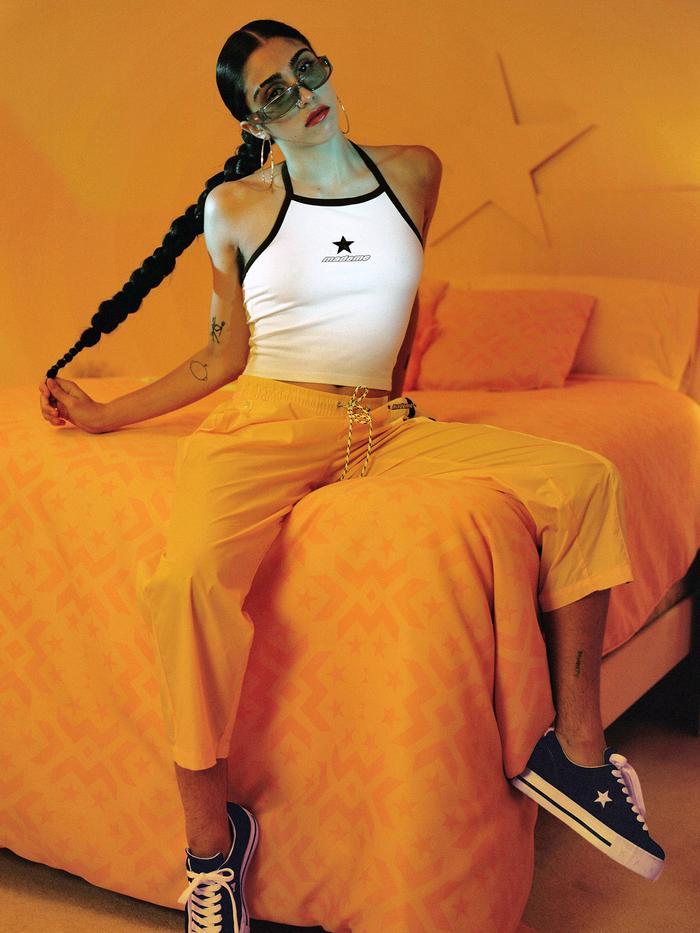